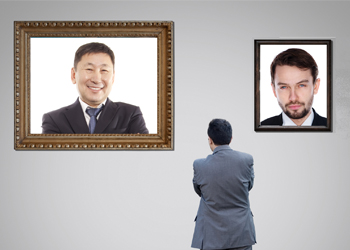 When I speak about Insights from the Science of Influence, most people in my audiences are amazed at how fast we form judgments about others… and how difficult it is for people to change their minds after they form the first impression. A new study from Cornell University* confirms this phenomenon by revealing that the first impressions stick with people and influences how they respond to you even months later.

Even after having personal interaction with the women, the evaluations were in line with the impressions formed by just seeing a photograph months before. Traits, such as: likeable, agreeable, open-minded OR unlikable, disagreeable and close-minded remained consistent with the first impressions from the photos. What’s remarkable is that participants rated the same women completely differently depending on whether they had seen them with a smile or a neutral expression in the initial photos.

1.    Self-fulfilling Prophecy – the tendency to see things the way you expect

2.    Halo Effect – the attribution of additional positive traits to people when you already feel positive about them

So, how can you leverage these insights to increase your “Win Rate”? Your best strategy is to make a good first impression before you ever physically meet your prospect or colleague. If they see a photo of you on social media or your website, make sure you have a nice, authentic smile. If you have a phone call or email in advance, make it friendly and warm. Your opportunity for a successful first meeting increases dramatically the more you can predispose your business prospects to like you ahead of time.